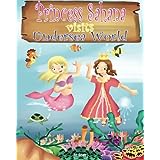 One night of December, 1994, Edison Industries building burned to the ground. Thomas Edison lost $2 Million and building was insured for only $300,000 because it was constructed of concrete and then thought to be fireproof.

Charles Edison, son of Thomas Edison was frantic and worried about his father because his father was 67 years and fearing the worst, Charles was looking for his father and he found him standing near the fire, his hair blowing in the cold weather.

Charles said :My heart ached for him. ”My father was old and everything he worked for is going in to smoke.

As soon as Thomas Edison spotted his son coming toward him, he shouted, “Charles, where is your mother?’ Charles responded he did not know.

At that point he said “Find her and bring her here. She will never see anything like this again as she lives.” The next morning Thomas Edison waked through burned building and he told his family.

“There is great value in disaster. It burns up all our mistakes! Thank God we can start a new.”

What a great attitude? Three month after Edison Industries presented world’s first Phonograph. Earlier in Thomas Edison’s career, Edison made over nine hundred attempts before he was able to perfect electric Bulb. After failing so many times, his assistant asked him, “do you know that we have failed over nine hundred times?’

“No, No, No” Edison replied…”We have just found over nine hundred ways that won’t work!” Now you know that when you fail, does not mean that you are a failure. Keep trying again and again until you succeed.

Success is Never Ending and Failure is Never Final!

Go for Your Dreams.

Dare To Capture You Dreams.

Want To Start Your Home-Business that is SIMPLE to do

Watch This Video     …and follow the simple steps. It’s working for me and thousands of others out there online.

GET EXCITED TODAY ABOUT SOMETHING

Are you excited to do something today?. I hear many times from people that “I have nothing to get excited about”… I am sure everyone can find many things each day to get EXCITED about… If you are not excited about your profession, your product or services, it is time to GET OUT. You may ask WHY? Because it is time for you to get out or Stay out and get excited for something you LIKE… YOU are ALIVE today so Be Excited and Look for the GOOD instead of BAD in each day. Be determined to MAKE THINGS HAPPEN in your life. Don’t sit back and watch the parade, Eliminate negative thinking and start a whole new exciting chapter in your life, I know you can do it. Start today, right now, not tomorrow, think positive and use your imagination to CREATE NEW YOU.. Establish Successful pictures in your minds to exactly the type of person you want to be. Have DESIRE, DETERMINATION and DEDICATION to build the right things around you and you will enjoy the success. Get Excited Today about something and

Take CHARGE of your LIFE.

YOUR ATTITUDE IS YOUR BOSS!

In order to succeed in marketing or selling profession you must have a Service, can do, help you attitude toward the customer. You must have positive attitude, it is all in how you view things, the type of mental pictures and challenging yourself and growing personally in all aspect of your profession. A growing company in USA send two shoe salesmen to Africa to open up new markets in Africa to sell shoes. Three days later after their arrival, the first salesman send a message to the office in USA, “Returning back via next plane, can not sell shoes here, everybody goes barefoot here” Nothing was heard from the second salesman for about two weeks. Then they got a message via air mail letter with this message for the home office, “500 orders enclosed, prospects unlimited. Nobody has shoes here. This shows that the difficult challenges quickly bring to surface the thinking pattern of a top notch salesmen verses mediocre, the successful verses failure. The positive mental attitude showed up in the above example of the two salesmen.

YOUR MENTAL ATTITUDE IS YOUR REAL BOSS!

Climbing The Ladder of Success?

A little boy who was looking the picture curiously said, “Mommy, what does it mean?”

It means son Abraham Lincoln climbed the ladder all the way from the log cabin to the White House.

Then she added, “Look, at at the line that is under the picture.”

Under the picture the line, “The Ladder is still there.”

There is a ladder for you and everyone, that can take us where we are to where we want to go. All we need is a dream and determination regardless obstacles or circumstances.

If we are bottom of ladder economically, culturally or physically we can climb up. If we believe and and are determined we all can climb the ladder of success.

Abraham Lincoln’s record is as follows:

Even after facing all kind of adversities, failures and difficulties Abraham Lincoln  still came out at the Top.

Do you want to Climb the Ladder from log cabin to White House?

Probably not. But do You have some goals and dreams, don’t you?

Dare to Capture Your Dreams! There is no Get Rich Quick Scheme or Business in the World.  You must pay  the price either in time or money.

Nobody can promise overnight success.

You must take personal responsibility in what you do.

Take a chance to strive for better in life.

Have Dreams, Plans, Determination and follow through on your plan.

DO NOT LET OTHERS TURN OFF YOUT CREATTIVITY AND DREAMS

Ninety five percent of people think that “We have been doing this thing for as long as I can remember, So it must be the best way. Why should we change it & why bother?”

They would say “If ain’t broke, don’t fix it”

People think they do not have to change for the sake of change but they say, I am for change and I am willing to accept change, as long as it will result in better way of doing things, then I am all for it.

But most of the people do not like change at all. People resist change because they do not like to leave their comfort zone.

If you look at the history you will find that people also protected the automobiles because they felt that horses were great enough for transportation and so why bother.

Many people also protested against airplanes, they use to say “If we Humans were meant to fly, God would have given wings.” So you see the story goes and goes on…

Dr Von Braun, the German scientist and father of US Space program said, Man belongs wherever man wants to go”

If you have great creative ideas then go for it, If you tell others they won’t understand your ideas and dreams, they will think that you are completely off your rocker and they will criticize you.

Criticism and ridicule from others will destroy your confidence.

Want To Start Your Home-Business that is SIMPLE to do?

…and follow the simple steps. It’s working for me and thousands of others out there online.

ACTION OF KNOWLEDGE IS POWER

No one can put you in ACTION but you and your mind can decide. You can see all the great pictures in your mind, but you still have to put yourself into action. Carrying out all the thoughts and decisions is all up to you.

Lots of people think knowledge is power but I say they are incorrect. Knowledge is only a potential power but ACTION OF KNOWLEDGE IS REAL POWER. Knowledge, wisdom, good thinking, thinking positively with positive pictures in mind are all wasted unless you blast them with ACTION.

You will be surprised how the positive THOUGHTS and ACTIONS will attract more positive thoughts and action. SUCCESS BREEDS MORE SUCCESS.

Looking for a home-based-business that is SIMPLE to do?

…and follow the simple steps. It’s working for me and thousands of others out there online.

How to Set & Achieve Your Lifetime Goals You may have already gone through the process of creating a list of lifetime goals – the next step is to actually start the process of achieving them. This involves creating a list of smaller goals that you plan to achieve over the next 25 years preparatory to reaching your lifetime goals. After creating a 25-year plan, make a 5-year plan, then a 1-year plan, then a 6-month plan and then a 1-month plan. Get the picture? Each plan is founded and contributes to the lifetime plan.

The 3rd step is to make a To Do List that are tasks that you should do everyday. But be realistic: you might have to do your research first by reading material that will help make your daily goals more realistic. By doing these tasks, are you living a life that is worth living or do you just exist from day to day?

Stay motivated everyday by assessing your To Do List then examining your longer term plans to see if there is any need to make changes due to the experience and priorities that you have imbibed. You may find the following general guidelines useful for this purpose:

It is important to reward yourself somehow once you have accomplished a goal. Absorb the feelings that come with goal achievement and rank your progress among all the plans that you made earlier. What is a good way to reward yourself? It depends – some people find it sufficient to treat themselves to a sweet treat. Others like bigger rewards. Just make sure the reward’s worth is proportionate to the magnitude of the task.

You will find that assessment of your goals is an ongoing process every time you achieve a goal. If you found the goal to be much too easy to accomplish, maybe you should make the next set of goals more difficult. If the task took much too long to accomplish, maybe the goals should be a bit easier. Learning is an ongoing process as well so maybe you should change other goals too to reflect this. For example, perhaps your skills might need adjustment so this will, in turn, affect your goal setting and assessment.

Should you find it difficult to meet goals or outright fail, do not think that this completely derails your plans. So long as you learned from your performance, that is what counts.

Your maturity will be reflected in the changes you make in your goals. Some goals can be let go if they are not suited anymore to your short term and long term plans. Do not be a slave to the goals you have set. Maintain a degree of flexibility.

FacebookTwitterGoogle+Pin It
Enter your name and email and get the weekly newsletter... it's FREE!

Introduce yourself and your program
Your information will *never* be shared or sold to a 3rd party.